Annually, Filta Environmental Kitchen Solutions hosts an Owners’ conference for Franchise Owners to network and learn new skills to improve their business. During the conference, Filta announced the 2013 Brand Ambassadors. Tom Dunn, Filta’s COO said, “The Brand Ambassador award recognizes those Franchise Owners that demonstrate leadership, conspicuous advancement of the Filta brand and selflessly help other franchise owners. We congratulate the 2013 recipients of this prestigious award.”

This year’s recipient entrepreneurs are: 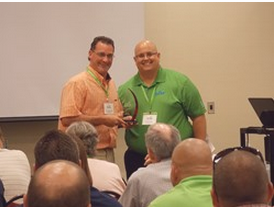 Previous Post: « FiltaFry Plus Continues European Expansion
Next Post: The 8 Skills Every Successful Entrepreneur has in Common »