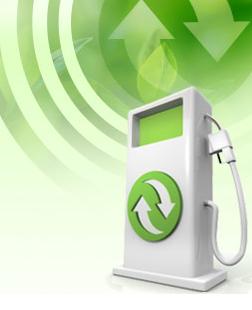 Filta just launched its FiltaBio service. Once the cooking oil has come to the end of its life, Filta can collect the oil and immediately remove it safely from the site… in most cases with no waste oil drums or containers continually attracting rats and other unwanted issues.

From there, the oil is purified and the majority sent to be made into biodiesel, the safe and environmentally friendly alternative to petrochemical based diesel.

According to the Energy Information Administration (EIA), the United States spends about $475,000 a minute on foreign oil – a staggering number when you stop to think about it. The annual total spent on crude oil imports is approximately $250 billion. The U.S. uses approximately 20 million barrels of oil a day (that’s about 3 gallons a day for every person in the country), more than half of which is imported. By 2025, demand is expected to rise to 26 million barrels a day – about 60 percent of which will be imported.

About 37 billion gallons of on-road diesel are used each year in the U.S. According to the EIA, reducing demand for oil in the transportation sector will have to be the central component in any serious effort to reduce the overall demand for oil.

Biodiesel is part of the solution. It provides a way to decrease this country’s dangerous dependence on foreign oil, while boosting the U.S. economy and protecting the environment. American-made fuels such as biodiesel and ethanol are gaining momentum in the U.S. Government and private fleets are increasingly turning to biodiesel, making it the fastest growing alternative fuel in America.

Given these facts, and the growing uncertainty surrounding U.S. oil imports, biodiesel and other American-made fuels have an important role to play in strengthening our nation’s energy security. They can help stretch existing petroleum supplies; they can help free the U.S. from the hold of imported oil. Undoubtedly, there is a high demand for quality biodiesel, which is now considered an established fuel type.