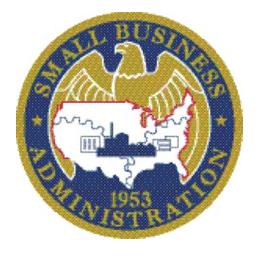 The Small Business Administration has just released its newest list of failure rates by franchise brand from October 1, 2000 until September 31, 2008. This is a list of general SBA 7(a) and real estate and equipment 504 loans to franchise owners. It gives a sense to lenders and buyers on how well franchisees in a chain are financially able to perform. This is the list that the agency provides to loan officers of its most trusted lenders and banks throughout the country.

Loan officers and franchise buyers realize that there are thousands of franchise opportunities to buy from, so why mess with the riskiest?

This Report, in spreadsheet form, is the unedited data from the US Small Business Administration (SBA) reporting on franchise loan performance on the brand level during the time period of 10/1/2000 and 9/30/2008.

The table of data includes listings for all identified franchises by franchise code for loans guaranteed through the 7(a) and 504 programs. The table includes the number of disbursements, the amount disbursed, the failure percentage and the charge-off percentage. Individual loan data is not included in this report.

FiltaFry’s failure rate is only 6%. There are more than 300 brands with much higher failure rates (as high as 85%!) including: